I’m not sure when or where the passion started, but it was somewhere between running a “sprint” triathlon, and my weekly solo kayak trips.  At some point I decided I was going to start an event in which participants would bike and kayak for two to three days with no support staff.  To make things more interesting, all gear and supplies would have to be carried throughout the entire event. 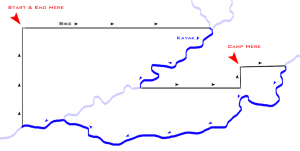 Enter Biyaking – not only did I need a trailer for my kayak which could be pulled behind my bike, I also needed a way to carry my bike on my kayak.  Many years ago I had seen a fella pulling his kayak behind his bike on a small trailer to a local lake, where he would lock his bike and trailer up while he played in the water.  Since I wasn’t satisfied with the requirement to return to your put-in location, the bike would have to go with me. 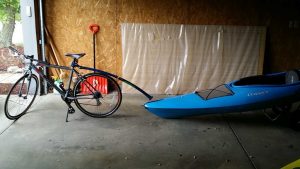 I mentioned this plan to several people who either thought it was a great idea, or a ridiculous one.  Fortunately, most of my great ideas are ridiculous.  I spent a fair amount of my brain’s free processing power deciding how to accomplish this plan.  Once I had a rough idea, I began collecting parts – which I would later scrap for a better design – which I would later scrap for my original design with better parts!  We’ll go through all that in the next post though.  This is just an introduction after all.
Others have done similar things.  There are quite a few bike trailers on the market, and one fella even had a go at a Kickstarter campaign for his Solo Shuttle Trailer a kayak trailer that turned into a bike holder on his kayak.
So, what do you think?  If you had the equipment, would you set out on a two day fully sustainable bicycle / kayak adventure?  Would you seek the peace of solitude, or take the adventure with friends?
Categories: adventurebikeintrokayak 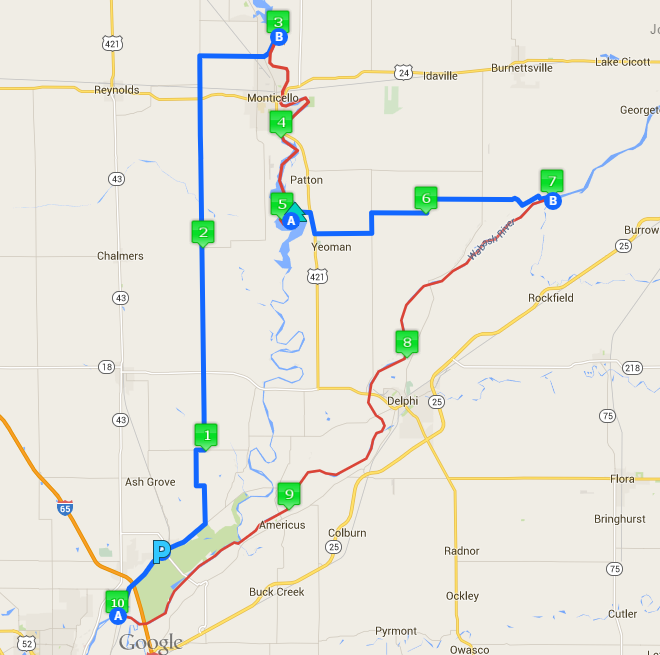